A Brief History of the Chatham Windmill

Windmills were once an integral part of life in Chatham.  There were about eleven wind-powered grist mills located in the town from the early 1700s through the 1800s, with six to nine in operation during any one time period.  (There were also dozens of smaller windmills that pumped sea water to the saltworks located along the town's shores.) The Chatham Windmill, also known as the Col. Benjamin Godfrey Mill, was one of the last of the town's grist mills to be built. Today only two of these historic mills exist in Chatham and only the Godfrey Mill is open to the public.

Below are some highlights of the history of the Godfrey Mill:

1883  -  Sold to Zenas Nickerson for $287, operated and later owned by his sons, Zenas A. Nickerson and George H. Nickerson 2nd 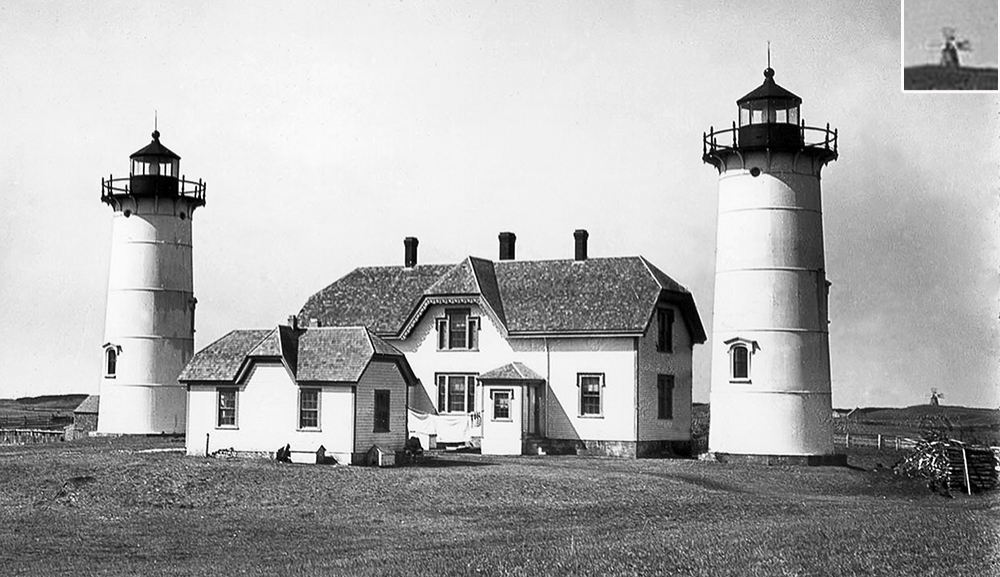 This is perhaps the oldest photograph of the Godfrey Windmill, dating from 1888. The mill is on the horizon, to the right of Chatham Twin Lights. The mill was operating when this picture was taken, as can more easily be seen in the inset (upper right).

1890  -  By this time the Godfrey Windmill is the only grist mill still          operating in Chatham.  (In 1800 there were seven wind-powered grist mills in operation, in addition to Col. Godfrey's mill, in various parts of town.)

1898  -  The windmill ceased commercial operation (the mill no longer ground grain directly for the public, but still ground corn sold in the grain store operated by George H. Nickerson 2nd until 1907) 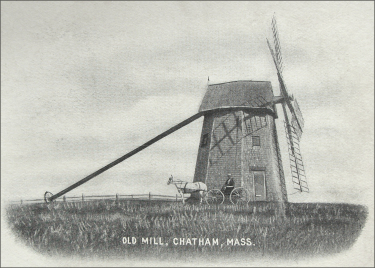 This detail from a postcard published c. 1900 shows the Godfrey Windmill just a few years before it was damaged by a storm in 1907.  This storm ended the commercial operation of the mill.  The man seen in this image is probably George H. Nickerson 2nd 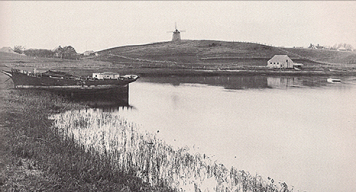 This photo was taken in November 1903 and shows the Godfrey Wind-mill in its original location on the east side of Stage Harbor Road.  The mill is viewed from the north side of Bridge Street, near the western end of the bridge.  The mill was moved to its current location in Chase Park in 1955.

1913  -  Sold to Charles Hardy, a real estate developer who built Chatham Bars Inn and developed vacation properties abutting Mill Pond.  Hardy removed the cottage built by Nelson Floyd and restored the mill, but the commercial life of the mill was over and it was operated for exhibition only. 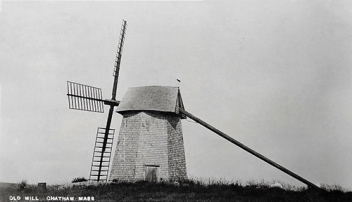 Postcard published c. 1915 showing the Godfrey Mill following its restoration by Charles Hardy. Hardy hired Otis Eldredge as the mill's caretaker and operator. The mill was operated on Sundays during the summer for demonstration purposes. 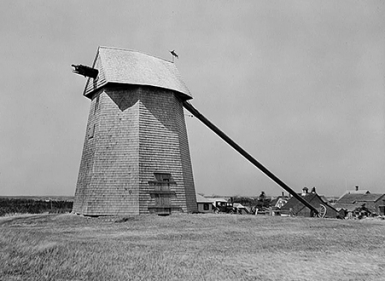 Circa 1935 - After the mill's arms blew off during a gale in 1932, it remained in a state of disrepair for over two decades. It wasn't until in the mid-1950s that the mill was moved to its current location in Chase Park and renovated. (Courtesy of the Library of Congress)

1954  -  Donated to the town of Chatham by Mr. and Mrs. Crocker with the condition that the mill be moved off the Crocker property

1955  -  Moved to present location on Rink Hill in Chase Park, off Shattuck Place 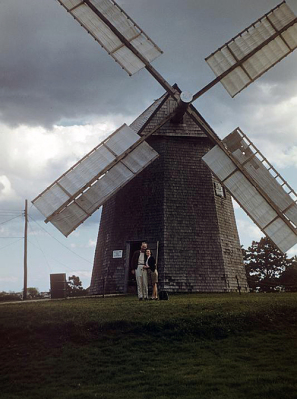 1956  -  Reopened to the public after being renovated

The Godfrey Mill in 1956, the year it was reopened for public tours, following its move to Chase Park. (Courtesy of James J. Dempsey, the couple in the photo are his parents).

1977 -  The mill was restored.  This restoration included replacing the mill's doors, windshaft, a spoke on the brake wheel, the tail pole, sheathing and trim. 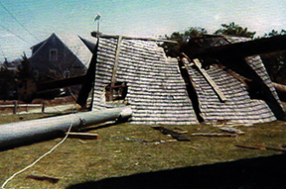 During the 1977 restoration, when the mill's five-ton cap was removed to restore the ring it sits on, the cap was damaged by the boom of the crane that was used to lift it.  The cap was repaired and the restoration was completed.

1978  -  Placed on the National Register of Historic Places

1989  -  Renovated by the town of Chatham.  The focus of the renovation was on repairing the mill's machinery so that it could again grind corn.  This included dressing (sharpening) the millstones and replacing the windshaft and fan. 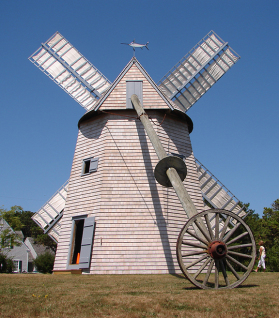 (More images of the Godfrey Windmill

can be seen in the Image Gallery)

Links to other Historic Windmills on Cape Cod and the Islands that are accessible to the public: