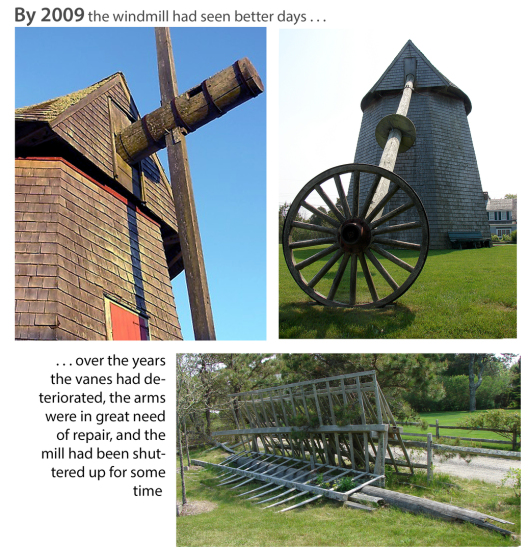 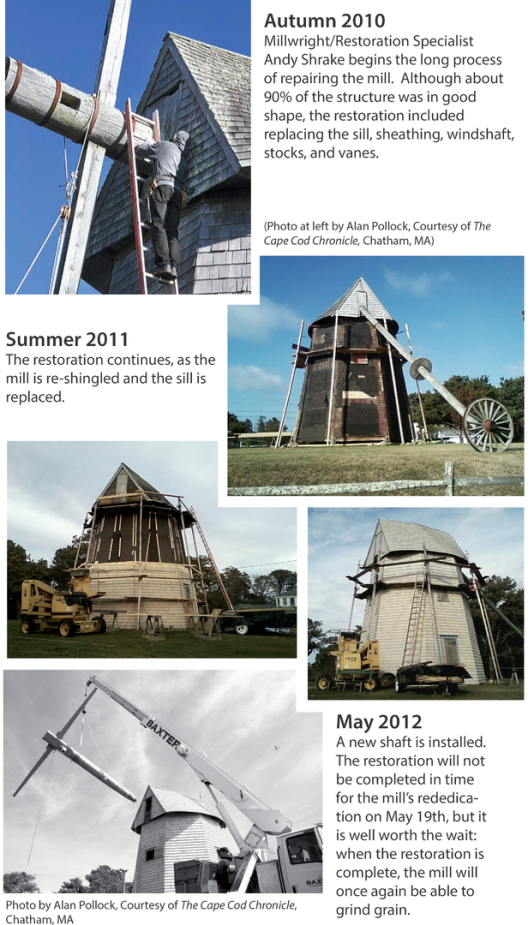 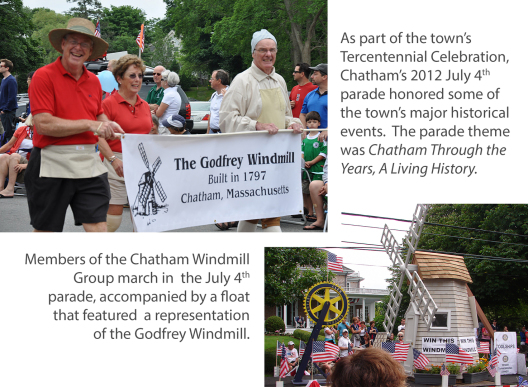 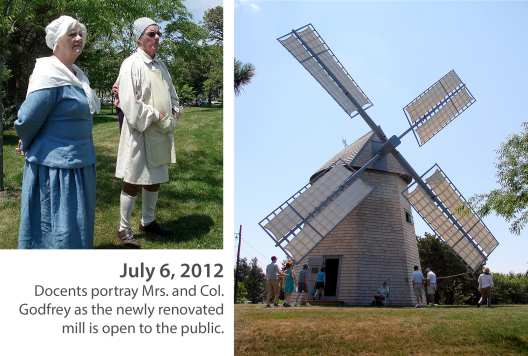 Before and After:  The Godfrey Windmill (a.k.a. the Chatham Windmill) photographed in October 2010 (inset) and September 2014 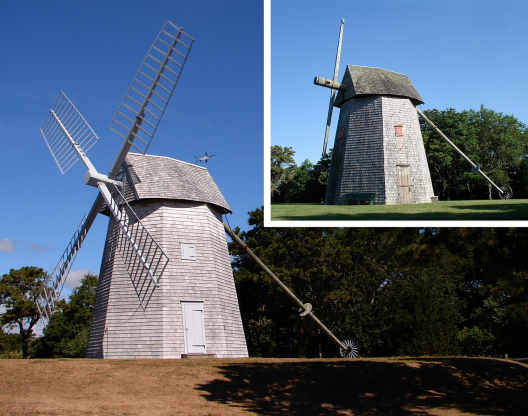 The windmill underwent an extensive restoration in 2009-12.  Now it is fully functional and can grind grain into flour, just as it did in the 18th and 19thcenturies.  The mill was rededicated May 19, 2012 as part of Chatham's Tercentennial Celebration.

The restoration was featured on WCVB-TV's Chronicle in July 2012.  Click/tap here to see the episode entitled Chatham:  Beaches and Baseball, which includes footage of the newly-restored Godfrey Mill. The footage of the windmill begins at the 2:10 minute mark of the video.